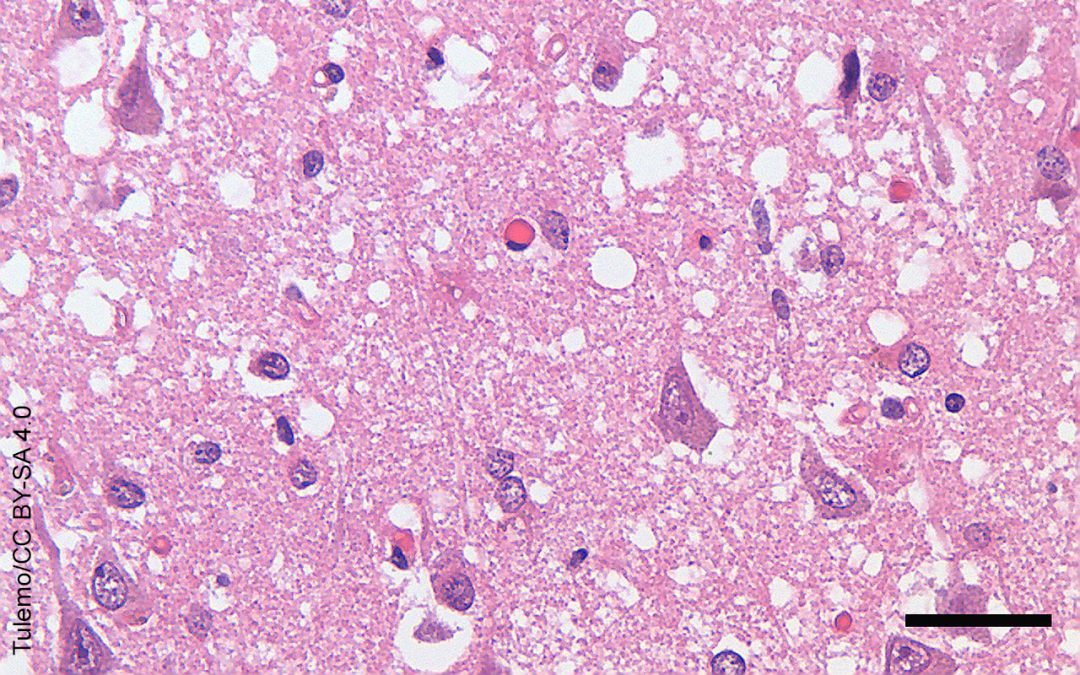 CLEVELAND—In a new study, researchers from the Case Western Reserve University School of Medicine have identified the structure of protein fibrils linked to a hereditary form of human prion disease.  This insight, they say, reveals the mechanism for how prions can jump between some animal species, while retaining a transmissibility barrier between other species.

While their findings have no immediate implications for the development of new therapies for more common human prion disorders such as Creutzfeldt-Jakob disease, the work does suggest the potential for disease to be transmitted from one species to another can be predicted based on structural information.

“One of the major remaining questions in the field of prion diseases has been why these diseases are transmissible between some animal species but not others,” said Witold Surewicz, a professor in the Department of Physiology and Biophysics at the School of Medicine and the study’s senior author. “Our findings explain how this works.”

The study, funded by the National Institutes of Health, was published Sept. 12 in the scientific journal Nature Structural & Molecular Biology. Qiuye Li, a postdoctoral fellow at the School of Medicine, was lead author. The study was co-authored by Christopher Jaroniec, a professor of chemistry and biochemistry at Ohio State University.

These fatal disorders are unique because of their infectious pathogen—which is not a virus but an abnormally shaped form of the prion protein.

This misshaped protein assembles into long fibrils that spread by acting as a template—or “seed”—that binds to normal prion protein and forces it to change shape into an abnormal, disease-causing form, Surewicz said.

While abnormally shaped proteins can readily act as templates to convert normal prion proteins from the same species, cross-seeding is believed to be restricted due to species-dependent differences in the sequence of amino acids—the basic building blocks of each protein.

“It appears that the barriers—or lack thereof—are fully dictated by the ability of prion protein from one species to adopt the structure of prion fibril seeds from another species,” Li said.  “This, in turn, depends on differences in amino acid at key structure-determining positions.”

Previously, scientists in the Surewicz laboratory developed a model employing a truncated form of prion proteins that allowed them to study in the test tube the mechanisms of prion propagation, including the phenomenon of transmissibility (seeding) barriers.

However, full understanding of these mechanisms was hindered by the lack of information regarding the structure of infectious fibrils formed by these proteins.

The authors overcame this fundamental limitation through use of a technique of cryo-electron microscopy—a type of microscopy in which images are collected at very low temperature.

By analyzing in the computer thousands of images of fibrils formed by human and mouse model prion proteins, they determined the architecture of these fibrils at a resolution close to individual atoms. This structural insight allowed the researchers to explain, in precise structural terms, why prion transmissibility barriers exist between some species while no such barriers are observed between other species.

“Even though our present studies were performed using a model system,” Surewicz said, “the ability to rationalize and predict prion transmissibility barriers based on structural data has important practical implications, especially given the current epidemic of chronic-wasting disease among elk and deer in parts of the United States and Canada, and growing concerns regarding potential transmission of this disease to humans.”