Research finds why lung infections are common in cold 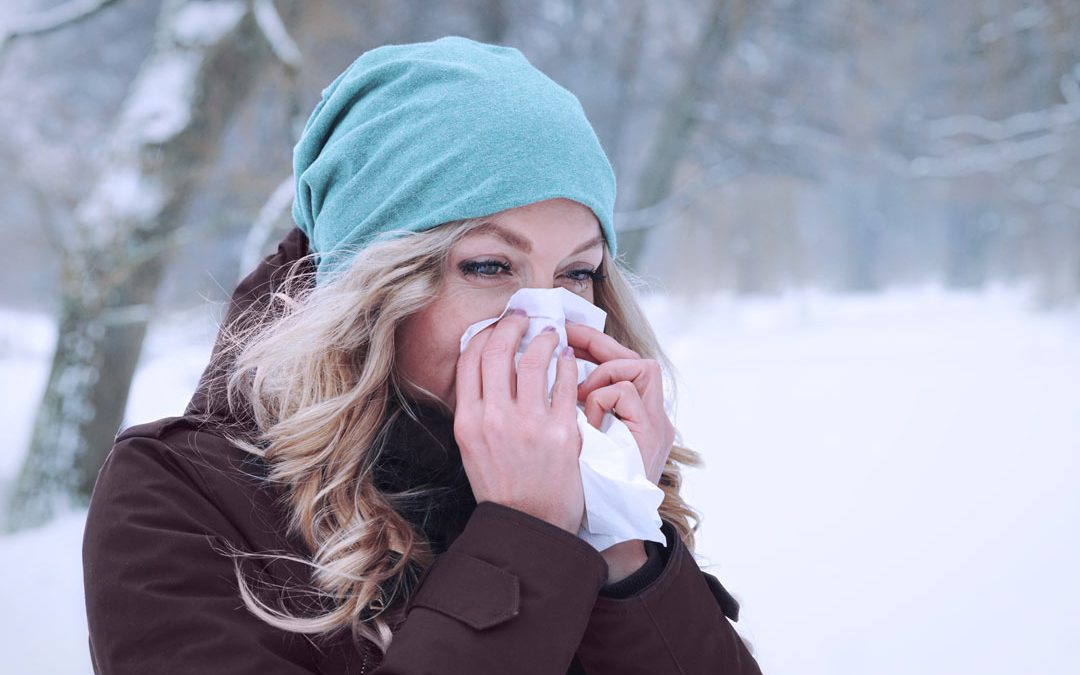 Researchers at Mass Eye and Ear and Northeastern University have discovered a previously unidentified immune response inside the nose that fights off viruses responsible for upper respiratory infections. Further testing revealed this protective response becomes inhibited in colder temperatures, making an infection more likely to occur.

The new study, published December 6 in The Journal of Allergy and Clinical Immunology, offers the first biological mechanism to explain why viruses like the common cold, flu and COVID-19 are more likely to spike in colder seasons, according to the authors.

“Conventionally, it was thought that cold and flu season occurred in cooler months because people are stuck indoors more where airborne viruses could spread more easily,” said Benjamin S. Bleier, MD, FACS, director of Otolaryngology Translational Research at Mass Eye and Ear and senior author of the study. “Our study however points to a biological root cause for the seasonal variation in upper respiratory viral infections we see each year, most recently demonstrated throughout the COVID-19 pandemic.”

First-line defense in the nose

The nose is one of the first points of contact between the outside environment and inside the body and, as such, a likely entry point for disease-causing pathogens. Pathogens are inhaled or directly deposited (such as by the hands) into the front of the nose where they work their way backwards through the airway and into the body infecting cells, which can lead to an upper respiratory infection. How the airway protects itself against these pathogens has long been poorly understood.

That is until a 2018 study led by Dr. Bleier and Mansoor Amiji, PhD, Distinguished Professor of Pharmaceutical Sciences at Northeastern University, uncovered an innate immune response triggered when bacteria is inhaled through the nose: Cells in the front of the nose detected the bacteria and then released billions of tiny fluid-filled sacs called extracellular vesicles (or EVs, known previously as exosomes) into the mucus to surround and attack the bacteria. Dr. Bleier compares the release of this EV swarm to “kicking a hornets’ nest.”

The 2018 study also showed that the EVs shuttle protective antibacterial proteins through the mucus from the front of the nose to the back of it along the airway, which then protects other cells against the bacteria before it gets too far into the body.

For the new study, the researchers sought to determine if this immune response was also triggered by viruses inhaled through the nose, which are the source of some of the most common upper respiratory infections.

Led by first study author Di Huang, PhD, a research fellow at Mass Eye and Ear and Northeastern, the researchers analyzed how cells and nasal tissue samples collected from the noses of patients undergoing surgery and healthy volunteers responded to three viruses: a single coronavirus and two rhinoviruses that cause the common cold.

They found each virus triggered an EV swarm response from nasal cells, albeit using a signaling pathway different from the one used to fight off bacteria. The researchers also discovered a mechanism at play in the response against the viruses: Upon their release, the EVs acted as decoys, carrying receptors that the virus would bind itself to instead of the nasal cells.

“The more decoys, the more the EVs can mop up the viruses in the mucus before the viruses have a chance to bind to the nasal cells, which suppresses the infection,” said Dr. Huang.

The researchers then tested how colder temperatures affected this response, which is especially relevant in nasal immunity given the internal temperature of the nose is highly dependent on the temperature of the outside air it inhales. They took healthy volunteers from a room temperature environment and exposed them to 4.4° C (39.9° F) temperatures for 15 minutes and found that the temperature inside the nose fell about 5° C. They then applied this reduction in temperature to the nasal tissue samples and observed a blunted immune response. The quantity of EVs secreted by the nasal cells decreased by nearly 42 percent and the antiviral proteins in the EVs were also impaired.

Future studies will aim to replicate the findings with other pathogens. The studies could take place as challenge studies, where an animal model or human is exposed to a virus and their nasal immune response is measured.

From their recent findings, the researchers can also imagine ways in which therapeutics can induce and strengthen the nose’s innate immune response. For example, a drug therapy, such as a nasal spray, could be designed to increase the number of EVs in the nose or binding receptors within the vesicles.