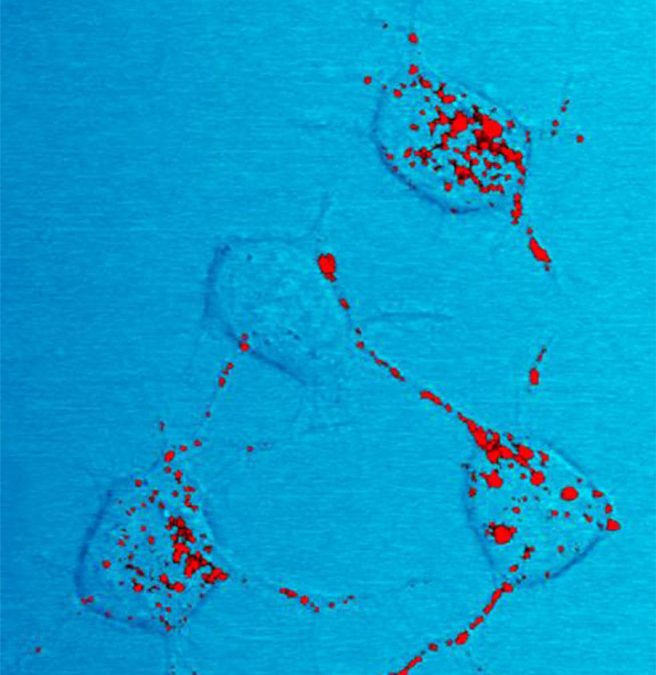 Prion diseases, such as bovine spongiform encephalopathy (‘mad cow disease’), are lethal neurodegenerative infectious diseases that affect humans and other mammals and for which there is currently no cure. These diseases are caused by the accumulation of prions, which are misfolded versions of proteins that are naturally present in our brains.

New research led by Giuseppe Legname of SISSA and Roberto Fattorusso of the University of Campania ‘Luigi Vanvitelli’, and recently published in Chemical Science, delves into the molecular mechanism that causes prion proteins to take on their pathological form. This discovery paves the way for possible therapeutic options.

Altered Proteins
Prions are altered (i.e., misfolded) forms of the cellular prion protein (PrPC) that is present mainly in our brains. These infectious agents can turn the original version of the prion protein into a pathological form. The accumulation of prions in brain regions is the cause of prion diseases, which are rapidly progressive neurodegenerative diseases that affect both humans and other animals.

In particular, the replication of prions in the brain creates tiny bubbles that lead to the formation of microscopic holes making the brain tissue resemble a sponge, hence the name spongiform encephalopathy. Prion diseases are characterised by a gradual decline in cognitive abilities and motor functions, finally leading to death.

Although numerous experimental and theoretical studies have been conducted, the molecular mechanism that regulates the change in prion structure from physiological to pathological was little known until now. “To delve into the dynamics that regulate this mechanism, we carried out sophisticated multidimensional Nuclear Magnetic Resonance (NMR) experiments, conducted by Luigi Russo at the Department of Biological and Pharmaceutical Environmental Sciences and Technologies of the University of Campania,” explains Roberto Fattorusso, coordinator of the study published in Chemical Science, the flagship journal of the Royal Society of Chemistry.

Uncovering New Details
“Thanks to multidisciplinary experimental approaches ranging from structural biology to cell biology,” Fattorusso continues, “it was possible to uncover important new details on the molecular basis of prion diseases.” Giulia Salzano, a former SISSA PhD student and currently a postdoc at the Human Technopole in Milan, Italy, also participated in the work.

It was therefore possible to highlight the structure of the human prion protein, which is an intermediate between the physiological and pathological cell forms. “Thanks to this discovery,” explains Giuseppe Legname, Director of the Laboratory of Prion Biology at SISSA who also coordinates the study, “it will now be possible to design new organic molecules, and consequently new drugs, capable of blocking the transition of the prion protein from the physiological to the pathological form, thus preventing prions from replicating. This is a very important step forward in combating this family of neurodegenerative diseases for which there is as yet no cure.”