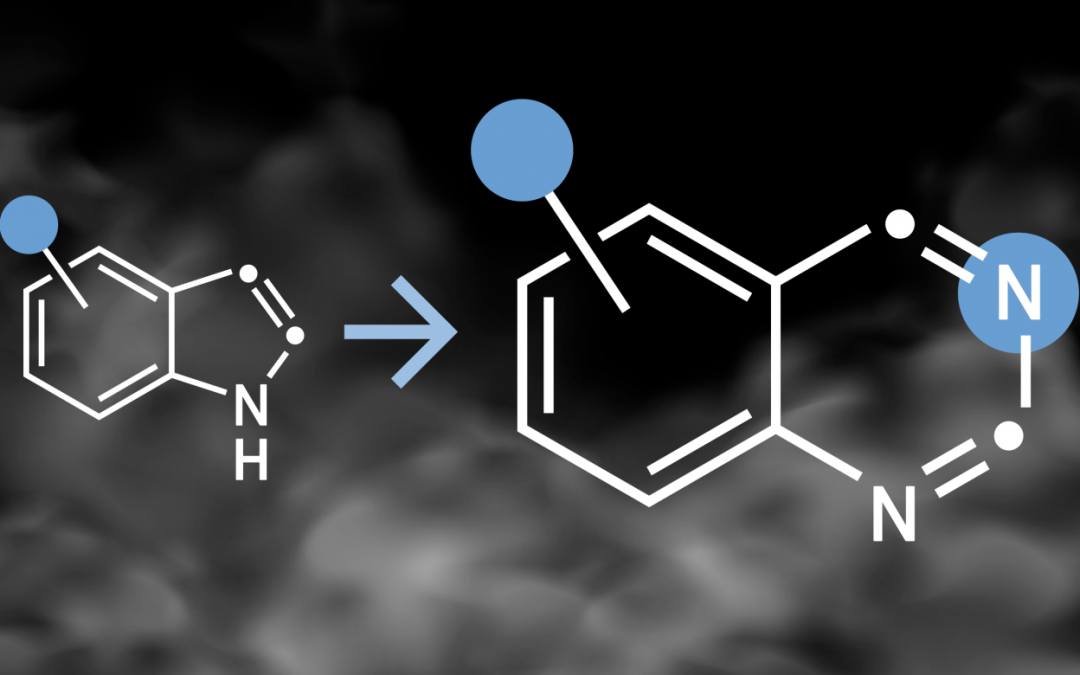 Medications are continuously becoming more precise and efficient. Take, for example, the new drugs that curb coronavirus replication at very specific points in the viral cycle. These days, finding active compounds that have such a specific effect in the body generally relies on testing extensive libraries of chemical compounds. Therefore, a crucial prerequisite for developing even more effective drugs in the future is based on expanding the existing libraries of active substances.

Scientists from the Laboratory of Organic Chemistry at ETH Zurich have now developed a simple and robust method for converting the indole group, which commonly occurs in nature and medicines, into other important structural elements. The resulting compound classes have a similarly broad potential for exhibiting biological effect as their indole precursors; however, to date they have not been as widely considered in existing chemical libraries. The ETH chemists’ method will make it possible to easily add several new, potentially active ingredients to the libraries, thus streamlining drug discovery.

The indole ring as a basic core structure is occurring in hundreds of natural substances and drugs. Some representative examples are the amino acid tryptophan found in our proteins, the sleep hormone melatonin, the neurotransmitter serotonin—also known as the “happy hormone”—and the rheumatism drug indometacin.

Scientists in the group of Bill Morandi, a professor in the Department of Chemistry and Applied Biosciences, have now found a way to expand the five-​membered ring of indoles into a six-​membered ring by inserting an additional nitrogen atom. Such a specific expansion of a ring scaffold looks simple on paper, but in reality, it has so far been a major challenge in the field. “Processes for adding a carbon atom to such a ring system have already been developed, but similar techniques allowing the insertion of a nitrogen atom—which often brings added value in a biological context—are extremely rare,” Morandi explains.

This novel method was devised by Julia Reisenbauer, a doctoral student in Morandi’s group. Her inspiration was a chemical reaction developed in the 19th century: the Ciamician-​Dennstedt rearrangement, named after its inventors, can be used to introduce an individual carbon atom into aromatic ring systems. However, getting a nitrogen atom to be inserted in a similar way was more challenging, so a new approach was necessary: a hypervalent iodine reagent (one with an unusually high number of electrons) enabled the desired reactivity and allowed the insertion of a “naked” nitrogen atom into the ring system.

Ultimately, it turned out that this strategy works in more than just a few individual cases—in fact, it enabled the expansion of almost all the indole compounds the chemists tested. “A major additional advantage of our reaction is that it is exceptionally robust,” Reisenbauer says. “Unlike many other laboratory methods, our method is tolerant toward almost any other functional groups attached to the indole structure.” In addition, the nitrogen atom can be deliberately placed at two different positions in the new six-​membered ring depending on the structure of the indole starting scaffold.

And the method’s potential is perhaps even greater: initial experiments suggest that it can go beyond adding individual nitrogen atoms to indole core motifs; the process also seems to work with other ring systems. “Introducing nitrogen atoms into different aromatic ring systems could presumably produce many additional potential active ingredients,” Morandi and Reisenbauer explain.

Nitrogen atoms are among the key elements in the chemistry of life, and aromatic ring systems containing multiple nitrogen atoms are among the most important structural motifs in medicinal chemistry. Among other things, they are responsible for ensuring that our DNA can accurately and reliably replicate and store our genetic information. And in medicine, these interactions and mechanisms enabled by certain key atoms play an important role, for instance, in antiviral and cancer drugs.