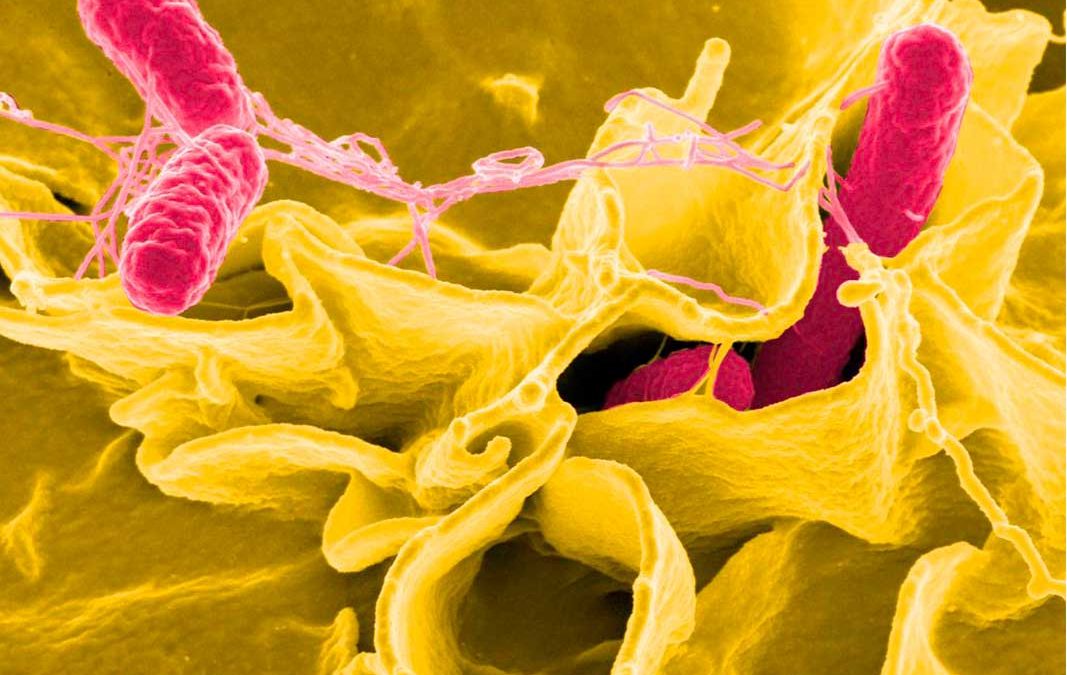 Researchers with the Centers for Disease Control and Prevention and the Minnesota Department of Health late last week reported an increase in infections caused by a multidrug-resistant (MDR) strain of Salmonella linked to pigs.

In a study published in Emerging Infectious Diseases, the researchers looked at data from five national surveillance systems to describe the epidemiology, antimicrobial resistance, and molecular genetics of infections caused by Salmonella enterica I serotype 4, [5], 12:i:-, which is the fifth most commonly reported illness-causing Salmonella serotype in the country. Infections caused by this strain have been rising since the 1990s, and recent years have seen the emergence of isolates in this strain with resistance to ampicillin, streptomycin, sulphamethoxazole, and tetracycline (ASSuT).

“Our findings indicate that 4,[5],12:i:- infections have increased in the United States because of an MDR clade that has expanded since 2010,” the study authors wrote. “Illness is likely to have resulted from transmission from swine that carry it. Further selection for this strain in swine might be prevented by limiting unnecessary agricultural use of classes of antibiotics to which the strain has resistance and by limiting unnecessary use of heavy metals in feed.”