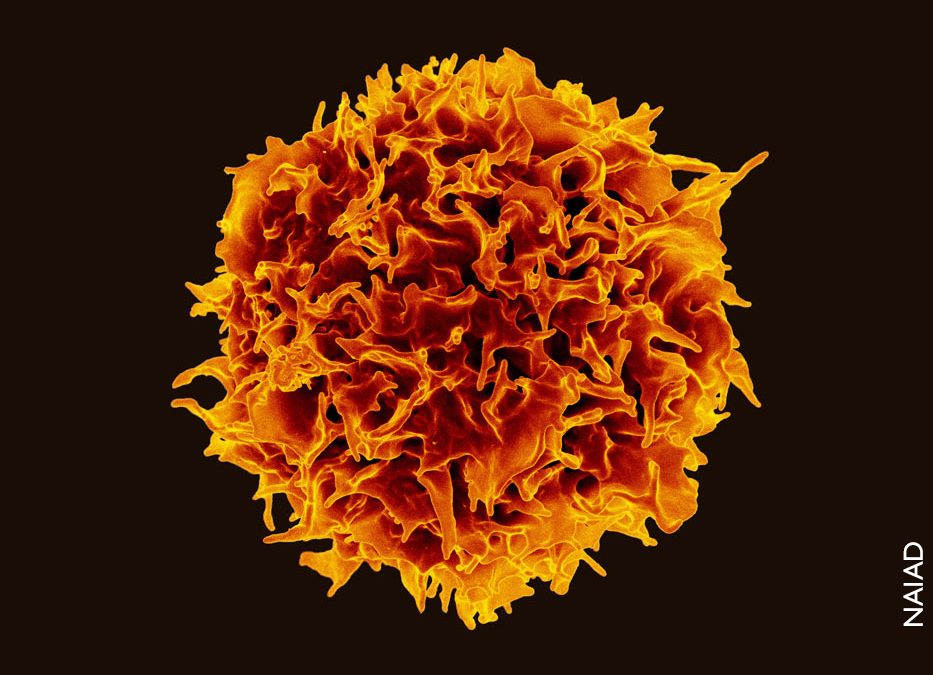 The researchers found that intravenous (IV) administration of the vaccine boosted the number of cytotoxic T cells capable of infiltrating and attacking tumor cells and engaged the innate immune system by inducing type I interferon. The innate immune response modified the tumor microenvironment, counteracting suppressive forces that otherwise would tamp down T-cell action. Modification of the tumor microenvironment was not seen in mice that received the vaccine via needle injection into the skin (subcutaneous administration).

Dubbed “vax-innate” by the scientific team, the approach achieves an important goal in the quest for more effective immunotherapeutic vaccines for cancer. The study demonstrates that IV vaccine delivery enables and enhances T-cell immunity by overcoming tumor-induced immunosuppressive activity.

The researchers say the candidate vaccine might also be given intravenously to people who have already received tumor-specific T cells as a therapy. It also could improve tumor control by increasing the number of T cells and altering the tumor microenvironment to make them function better, the researchers note.

The experimental vaccine, SNAPvax, was designed by Robert Seder, M.D., and colleagues at the NIAID Vaccine Research Center (VRC) together with collaborators from Vaccitech North America, a clinical-stage biopharmaceutical company in Baltimore, Maryland. Vaccitech announced plans to advance the SNAPvax platform for use in treating human papilloma virus-associated cancer in 2023.