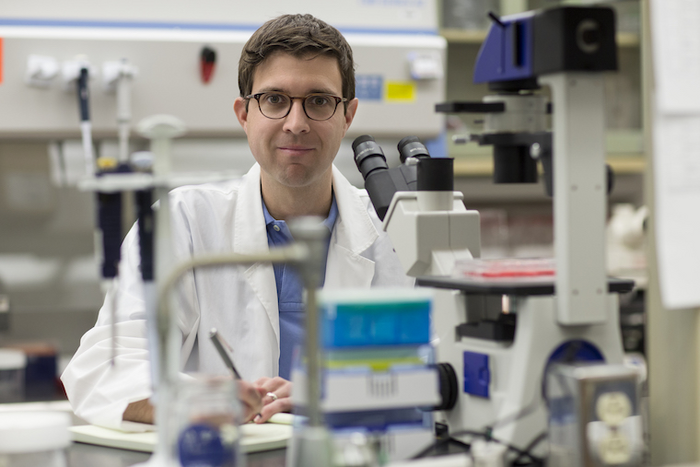 UVA Health researchers have discovered a molecule in the brain responsible for orchestrating the immune system’s responses to Alzheimer’s disease and multiple sclerosis (MS), potentially allowing doctors to supercharge the body’s ability to fight those and other devastating neurological diseases.

The molecule the researchers identified, called a kinase, is crucial to both removing plaque buildup associated with Alzheimer’s and preventing the debris buildup that causes MS, the researchers found. It does this, the researchers showed, by directing the activity of brain cleaners called microglia. These immune cells were once largely ignored by scientists but have, in recent years, proved vital players in brain health.

Could lead to treatment

UVA’s important new findings could one day let doctors augment the activity of microglia to treat or protect patients from Alzheimer’s, MS and other neurodegenerative diseases, the researchers report.

“Unfortunately, medical doctors do not currently possess effective treatments to target the root causes of most neurodegenerative diseases, such as Alzheimer’s, Parkinson’s or ALS [amyotrophic lateral sclerosis, commonly called Lou Gehrig’s disease]. In our studies, we have discovered a master controller of the cell type and processes that are required to protect the brain from these disorders,” said senior researcher John Lukens, PhD, of the University of Virginia School of Medicine and its Center for Brain Immunology and Glia (BIG), as well as the Carter Immunology Center and the UVA Brain Institute.

“Our work further shows that targeting this novel pathway provides a potent strategy to eliminate the toxic culprits that cause memory loss and impaired motor control in neurodegenerative disease.”

Many neurodegenerative diseases, including Alzheimer’s and MS, are thought to be caused by the brain’s inability to cleanse itself of toxic buildup. Recent advances in neuroscience research have shed light on the importance of microglia in removing harmful debris from the brain, but UVA’s new discovery offers practical insights into how this cleaning process occurs —and the dire consequences when it doesn’t.

Using a mouse model of Alzheimer’s disease, the UVA researchers found that a lack of the molecule they identified, spleen tyrosine kinase, triggered plaque buildup in the brain and caused the mice to suffer memory loss—like the symptoms seen in humans with Alzheimer’s. Further, the neuroscientists were able to reduce the plaque buildup by activating this molecule and microglia in the brain, suggesting a potential treatment approach for human patients, though that would require significantly more research and testing.

“Our work has described a critical element of microglial function during Alzheimer’s disease and MS,” said researcher Hannah Ennerfelt, the first author of a new scientific paper outlining the findings. “Understanding the underlying biology of these cells during neurodegeneration may allow for scientists and doctors to develop increasingly informed and effective therapeutic interventions.”

Buildup of damaged myelin in MS

A lack of the molecule in a mouse model of MS, meanwhile, led to the buildup of damaged myelin, a protective coating on nerve cells. When myelin is damaged, the cells cannot transmit messages properly, causing MS symptoms such as mobility problems and muscle spasms. The UVA researchers conclude in a new scientific paper that the molecule they identified, abbreviated as SYK, is “critically involved” in the crucial removal of myelin debris.

“If boosting SYK activity in microglia can decrease the amount of myelin debris in MS lesions, developing new drugs to target SYK could stop the progression of MS and help to reverse the damage,” said Elizabeth L. Frost, PhD, a critical researcher on the project. “This is an especially promising option given that most of the currently available drugs for MS treatment dampen adaptive immunity. These immunosuppressive drugs lead to susceptibility to infection and higher risk of potentially fatal side effects like progressive multifocal leukoencephalopathy. Additionally, some forms of MS do not have a strong involvement of the immune system, and therefore there are currently very limited treatment options for those patients.”

“Targeting SYK in microglia,” she noted, “would circumvent multiple limitations of present-day therapeutics for MS.”

Based on their promising results, the researchers report that targeting the molecule to stimulate the brain’s immune activity could offer a way to treat not just Alzheimer’s and MS but a “spectrum” of neurodegenerative diseases.

“These findings are especially exciting because they point to a treatment avenue in which we could alter the behavior of these native brain cells, microglia, to behave in a more neuroprotective way,” said researcher Coco Holliday, a UVA undergraduate working in the Lukens lab. “It could potentially be applied to a variety of different neurological diseases that all share the problem of a buildup of toxic waste in the brain. It’s been a very exciting project to be a part of.”